19. Feng Shui -- The Energies of the Natural World 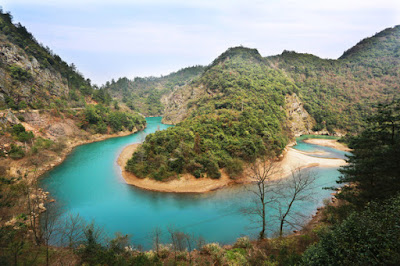 When a Feng Shui master goes to a client's home or business for a consultation, he/she is not just checking out the energy spots inside, but also considers the environment outside. This is because they believe that the energies from the exterior surroundings may affect the Feng Shui.

The majority of people live in metro areas where there are all kinds of buildings in different shapes and sizes. Not to mention highways, flyovers and public transport. If a rock or plant can make a difference in a Feng Shui energy, why not buildings and roads? Those living in suburbs or rural areas may face mountains or bodies of water.

What exactly do the words Feng and Shui mean in Chinese? The translation is wind and water! This helps to explain how important a role the natural environment just outside your door plays in the energy of your location.

In Feng Shui theory, water signifies wealth. Mountains are about people. What does this mean?

Hopefully you remember that I previously noted how Chinese believe water means money. So, wherever there's water running outside the area where you live could determine if it is a wealthy spot. Whether it is positive or negative depends on what type of water is running outside -- the ocean, a clear or muddy river, a huge lake or just a still body of water.  All will make a difference in the outcome.

Mountains can vary with trees, grasses and rocks and also provide a living space for numerous animals and birds. That's why they are thought to affect the people in your life as well as family members and even the general population of a community.

These different settings can determine whether a location is good or bad for you.  Actually, you can probably sense this yourself. Consider the difference in the feeling between rocks and stones or beautiful greenery with oxygen emitting trees that are so bound with humans' survival.

An important part of the concepts underneath the thinking of Feng Shui is that  it is based on nature.  As we face uncertainty with the threat of global warming, maybe we just need to be sending our love energy to mother earth at this challenging time. 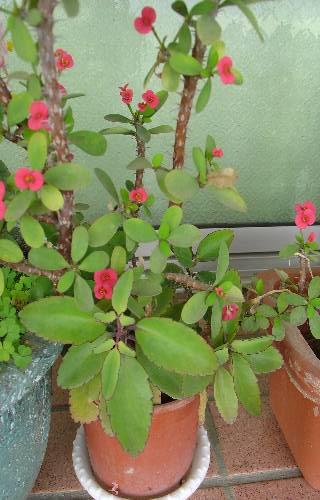 In my grandparent's generation, it was taboo to grow a papaya tree in front of one's house, And, they warned me to never, ever, stand underneath a papaya tree during a full moon.  They believed evil spirits liked to hang out around that tree. As I understand it, the explanation had to do with the shape of the papaya fruit. In nighttime shadows the fruit looks like a head hanging down from the tree.  Eerie.

I've certainly had my share of unexplained experiences and one story stands out in my memory.  It was while I was attending college for design. A few classmates and I spent Easter weekend at the cabin of one of our friend's family. It was situated in a valley and there was a papaya tree just outside. Uh oh.  Susan, one of our classmates, began yelling that she saw a large size rock moving all by itself towards the tree. And, she insisted she heard someone knocking next door, but the rest of us didn't see or hear anything at all.

Was the papaya tree sending bad energy to Susan and Susan only? In Feng Shui theory all trees have energy -- some good, some bad. It depends on the interpretation and how the energy is utilized.
In Malaysia there's a similar superstition about banana trees, Malaysians believe spirits live inside these trees. It's the same in Japan where many people worship nature and think many evils come from trees. These evils can appear in human form and often as someone familiar, although dead.
In Hong Kong's New Territory, due to a fast growing population and rapid land development, the government is rebuilding many of the smaller, original villages. There is always a struggle with the local residents and at some times there have even been protests. Why? Because in the course of reconstructing a village, the community's Feng Shui tree was removed!

A town's Feng Shui tree is thought to bring good luck, health and prosperity from one generation to the next. And, it's more than just protection. There's a very famous 'Wishing Tree' in Hong Kong's Lam Tsuen-Tai Po. People write down a wish on a piece of red paper, tie it to an orange (versus a rock) and throw it up into the tree. The story is that the higher one's wish is hanging on the tree, the faster it will manifest.

Of course, there also trees or plants that send out negative energies -- like the bamboo blossom I mentioned in a previous blog. And remember the Iron Wood Tree from blog number two.

On a more positive note, a special kind of tree that is very popular in Asia is the  Kirin tree especially among business owners. The belief is that this tree can help to generate enough money that a person can become wealthy.  The Kirin Tree can be grown in a pot or even as a bonsai and it's very easy to maintain. One word of caution, it cannot be kept inside a store or home. Only outside.  Inside the tree will create disagreement and arguing between one's business staff or family members.

That means don't place a Kirin Tree at the zodiac wealth spot in your residence or business! Got it?
at October 21, 2018 1 comment:

17. The Energies of Trees 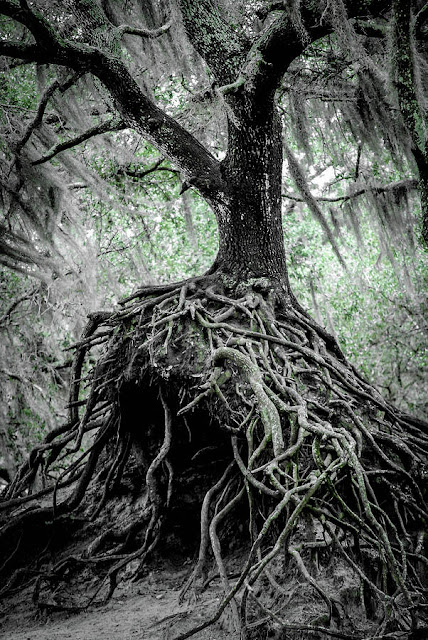 Having packed everything in preparation for the move to a new house with his partner, Honda takes one last look around the old house. His eyes finally fall on the little tree in the backyard, whose species he has never known. So many memories come back to him: when he was just a kid and planted the tree together with his parents; watering and caring for it until it grew into a fine specimen.

Why not plant a similar one in his new home? But, he doesn't know the name of the tree and is unable to find another like it. Ah ha.  He decides to dig up the tree and move it to the new residence he will be sharing with his partner.

The first six months at the new place, the tree does fine. But then leaves start turning yellow one by one. Honda's partner suggests that maybe the tree has to get used to the new location. Day after day the leaves fall until they are almost all gone from the tree.

Around the same time, Honda's partner is hurt in a terrible hit and run accident while walking home. The injuries are serious and the partner is in critical condition in the intensive care unit.

Between running to the hospital, home and work, Honda barely checks on the tree until he realizes it appears to be dying. At the same time his partner doesn't survive the accident and passes away in the hospital. Honda is sitting in the yard and remembering all those days and years with his partner, when he notices the tree. It too has died.

A short while later he is chatting with a friend about his partner's dying at the same time as the tree. His friend tells him that removing the tree from the old house to the new was a big mistake. It only brought about bad energies; not just from where they were living before, but especially to a new and unknown environment.

Honda believes that the tree predicted what would happen from the falling leaves to the finality of dying and almost exactly at the same time his partner passed away in the ICU.

Intriguing, yes. But for Honda a very sad experience. One wonders if there is energy between humans and plants. Why not?

Trees are the same as all other living things on earth. They breathe the same air, drink the same rain water, grow from the same soil, and are affected by the same energies all around us.

Some Feng Shui masters believe that trees share many traits with humans and are just a different form of our species. That is quite a concept. But, throughout history, trees are often given human traits in literature and movies.  Remember the angry apple trees in the classic film, "The Wizard of Oz"?

There are hundreds of stories and myths about trees from traditions around the world. The question then is: how does Feng Shui look at the energies of trees? 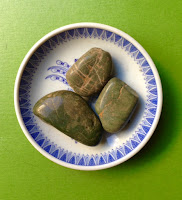 Have you determined the location of the treasure spot in your home to grow wealth energy yet?  And based on the Feng Shui master's suggestions, is the lucky charm of your Chinese zodiac birth year helping to keep your wealth energized?

Here are a few more tips:

For those of you using a music box, choose one that winds by hand rather than one that runs on electric. One that makes metal clicking sounds is best and be sure to play it at least once a day.

The suggestion of red objects is obviously very broad. You don't really want something out of character in your home that might bring about a superstitious feeling.  Match the object to your own home decor style. Something like a little couch pillow, lamp shade or vase all work well.

The other lucky charms come from nature:

Plants—this can be any type of live, green plant, but a Feng Shui master will advise that you purchase a small Chinese lucky bamboo (Dracaena sanderiana) and grow it in water, not soil. For the Chinese water means money. A plant that grows in water helps to absorb wealth energy.

Believe it or not, it's all up to you. The rest is just from nature.

Water—fill a glass with clean tap water and refill when it begins to evaporate.

Stones—just choose a couple of small pebbles from your garden outside. Or you can always find decorative ones in a floral or new age gift shop. Do not use crystals. Those send out an entirely different energy.

All of these lucky charms -- a plant, water, stones, even a sound or color -- can raise energies when located in the right spot. And, these locations in your home will not change no matter where you live or if you move your residence.

These energy spots stay fixed from year to year. The only exception is when the energy spot in your home happens to be in a bathroom. Then we have to change the yearly wealth energy spot based on the yearly zodiac animal sign during lunar new year.

Again, Feng Shui cannot change the bigger plan for your life; but it will help to open up more doors of opportunity in good times and cushion the challenges of bad times.
at October 07, 2018 No comments: