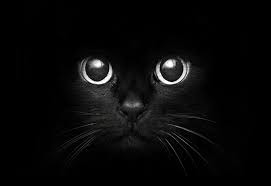 In Japan during the Edo era (1603-1867), a man was walking by a temple when suddenly a cat jumped out and started to wave at him. He followed the kitty into the building and, just after he stepped inside, rain started falling. It turned into a heavy downpour so he figured he would stay put until it let up.

The rain didn't stop. It actually turned into a big storm with thunder and lightning so he had no other choice but to stay in the shelter keeping dry and safe. He lost track of time and at one point realized that the friendly cat was no longer there.

The storm finally passed and the man headed out of the temple towards his home. That's when he discovered that the storm had turned into a disaster of flooding and mud slides that were now covering homes with and people buried inside At that moment, while surveying the damage, he realized that the cat waving at him had actually saved his life. The legend of the beckoning cat spread throughout the country. And now, to this day, people think that petting a kitty in a home is a blessing and can bring good luck.

That's the legend behind the Japanese ceramic cats with one waving arm that can be found in many homes and businesses. This myth has transcended cultures and is now popular around the world.

From ancient times until now, people believe animals have special characteristics that allow them to receive or connect with a particular energy from nature. And there is the common belief that animals can foretell catastrophes such as an earthquake or a damaging storm. People often report how cats and dogs act strangely or panicked; how all the birds flew away one evening; or horses run around in circles until exhausted.

We don't know what they are sensing that causes their odd behavior. But it seems that they can instinctively sense threatening energies.  A skill that we humans do not possess.

You can believe me or not, but many times I have seen dogs howling at nothing. Or chasing the air with a strange kind of growling.

About ten years ago when I visited with a friend in his historic home in New Jersey, I sensed something like a lady's hoop skirt moving up the stairs. I wasn't sure what I was encountering since there was no one else in the house except me and my friend. At that moment, I noticed that the kitty resting in my lap was also intensely staring at the staircase. It was obvious that she saw or sensed something inching along the steps too.

Maneki-neko, the Japanese lucky cat is often referred to as the welcoming cat and the literal translation from the Japanese is the beckoning cat.  Are you ready to buy one for your home?  Let me ask: do you think you know how to choose just the right one for you; do you know just the perfect spot to place it?

In my next blog installment ...