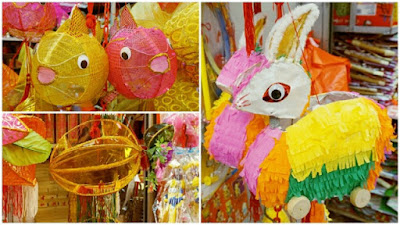 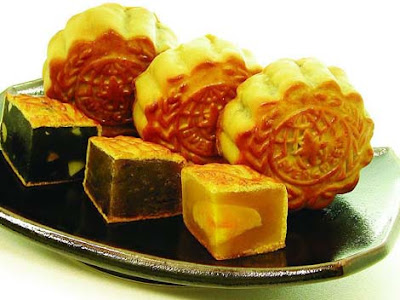 One of the most popular celebrations in Chinese tradition is theThe Mid-Autumn Festival. It's held on the 15th day of the eighth month in the Han calendar—essentially it is the night of a full moon. The night generally falls near the Autumnal Equinox (on a day between September 8 and October 7 in the western calendar).

This celebration is also known popularly as The Mooncake Festival. It is observed around the world and is one of the biggest gatherings of family and friends after the Chinese New Year.

This time of year the moon is round, big and bright. Many Chinese travel great distances to be at home with family. During the day they typically gather for a big dinner -- much like Thanksgiving in the United States. Then around midnight everyone sits outside, or next to a window, to observe the full moon and its silvery moon beams. Colorful lanterns in all kinds of animal and toy-like shapes are strung up; and special moon cakes are baked just for that night.

Some say moon cakes and these festive lanterns were not invented until the Yuan Dynasty (1271-1368) when the Chinese were planning a revolution against the Mongolians -- invaders who ruled China at the time. The celebration of the moon was an excuse to send secret messages -- paper notes stuffed inside the moon cakes alerting their neighbors to the brewing revolution. Hanging a lantern in front of one's home was a sneaky tactic identifying that Chinese lived inside and not to attack.

The celebration of the moon became a tradition and one that honors ancestors who refused to be occupied by a foreign force. But that's just one Chinese story about the moon. There are many myths and stories about the moon other than just this one from the Yang Dynasty.

Chinese believe that the moon is ying to the sun's yang. Ideally, these two energies show up in a balanced way and can be applied to almost everything in the universe: people, relationships, jobs, nature, design and on and on. Ying represents the shadow -- or hidden -- side of things and is considered female and its energy comes with a negative charge. Yang represents the the face or presented side of things, is male and has a positive charge.

People think the moon has an unexplainable energy and power that controls nature and living things. Science tells us how the moon's gravity field affects  ocean tides especially when it is full. And, as we all know, there are many superstitions about the full moon -- especially its influence on people acting abnormally or having difficulty sleeping (that's me).

Would you like to hear one of the most famous and enduring moon legends in Chinese mythology?
at December 02, 2018