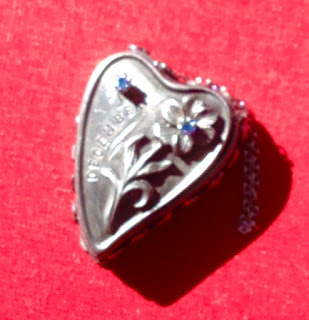 It is said to be a feeling, an emotion, the hope of life, or simply a chemical reaction in the brain.  Or, is it an energy? Perhaps a connective energy?

For thousands of years humans have perpetually sought love everywhere. People spend their entire lives searching for the one and only, true and perfect love match. Over the centuries magic potions and spells have been devised to capture another's heart, align it with ours and lock two of us together. Forever.

This is the nature of humans, once they've found love they do not want to let it go. Maybe it's because life is short and we worry that our partner, our love, might vanish as quickly as they came into our life.

Ah, but the opposite of love is hate. One hates when love no longer belongs to you. Jealousy arises when the object of one's love finds someone else. Some spurned lovers turn to the dark side thinking they can get their love back, control it, or even destroy it. That's when black magic, supernatural powers and evil energies can be put to use.

In 1976, a high-profile tycoon and boss of a Hong Kong television company suddenly felt a sharp, debilitating pain in his abdomen. He was rushed to the hospital. After a full check-up he was found to be fine and sent home. Two months later he was back in the emergency room; and not long after he was pronounced dead at age of 46.

His death is a mystery to this day. During his stay in the hospital, his family spent huge sums of money hiring specialist doctors from the US and UK, but they were unsuccessful at diagnosing his illness. An autopsy was conducted and the official report revealed an infestation of hundreds of parasitic worms inside his digestive tract. This was assumed to be from eating improperly cleaned seafood while on a trip in Southeast Asia. The autopsy claimed this was the cause of the tycoon's death.

But then a number of unofficial press reports told another story. Stay tuned for the next installment of this mysterious tale.
at March 11, 2019