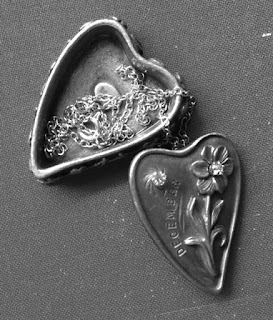 The death of the high-profile, television tycoon was big news at the time with blaring headlines in local newspapers. He was just 46-years-old -- young and healthy -- but then suddenly dead under mysterious circumstances that didn't make sense. Speculation was running wild throughout the city of Hong Kong with Feng Shui and energy specialists proposing his death might have been the result of the dark arts -- witchcraft.

Investigations were launched into his background to track down more details. He was from a wealthy and famous family. His grandfather had made a huge fortune with businesses in Malaysia, Singapore as well as Hong Kong. This meant the young executive travelled between the three visiting with close family ties and taking care of their businesses.

Rumors suggested that he had a secret Malaysian mistress -- possibly more than one or even two -- who was very jealous that he did not spent enough quality time with her. After some broken promises, the mistress's love turned to hate. It was alleged that she asked a witch doctor to help cast black magic on the lover she lost.

How does this black magic work? According to some experts, many ancient tribes still living in remote forests and mountainous regions have skilled practitioners sometimes referred to as witch doctors. Their knowledge of herbal potions, energy exchanges and the mystery of life enables them to heal people. But it also gives them the skill to punish people who have betrayed their tribe.

One of their methods  is to insert seeds from certain plants or the eggs of worms into the betrayer's body. After a gestation period where medicine has not been prescribed, the seeds will start sprouting or the fertilized eggs will start developing inside the intestinal tract. If left unchecked for too long, these organisms will prove fatal to the host body.

The theory is that the tycoon promised his mistress something he couldn't actually meet.  Feeling betrayed, it was thought that the mistress put a black magic potion from a witch doctor into a beverage or meal that she served him. Never making it back to the mistress in Malaysia, the tycoon succumbed to the poisonous worms found inside his body during the autopsy.

I have several Malaysian friends and have visited them in their country a few times. On a trip to the Malaysian east coast, friends told me there's a tribe with exceptional skills living deep inside the mountains not too far away. Supposedly they have the ability to shrink a human skull into the size of an apple which they will hang outside their door to show off their power.

These days it is told that a witch doctor doesn't even need to cast a spell with poisoned food or drink. Now they can conduct their business by connecting with the intended victim through hair or nail clippings, or a piece of unwashed clothing. And then once they have the victim's birth date they can easily invoke the spell through energy no matter where in the world they are or the victim is.

Scared yet? People from my parents' generation have told me similar stories about people they knew. One story was actually about one of our relatives. Their advice was not to take any drink or food from strangers when traveling in a Southeast Asia. My Malaysian friends told me that if you are an honest person, have behaved well and not played with other's emotions, you should be fine. But, those who ask for witchcraft to be performed on someone will actually pay for it in the future one way or another.  Can you say karma?

Consider how taking an energy as beautiful and positive as love and turning it into a negative energy as ugly as hate would manifest in the world. Certainly a price must be paid for this misuse of the connective energies that exist in our world.

Maybe it's time for us to focus on keeping our energy positive and, when possible, to transform the bad energies that inevitably will come our way into something positive. Think about it.
at March 18, 2019