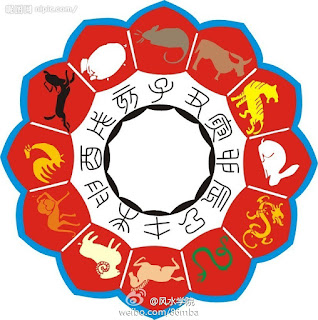 And, finally, the prediction for final four zodiac signs for the year of the boar.

RAM - This year may seem better if the last one wasn't too smooth for you. Still, from now until May/June (April/May in the lunar calendar) pay a lot of attention and be careful, especially around health -- mainly the stomach and GI system. Other parts of the body will need to have a regular check up for peace of mind. Your emotion might the key negative energy from, most time struggle in confusing and feel loneliness, thinking too much and too extreme. But this also good for creativity, probably an only good thing for those work as creative people.Overall, it's a so so year. We have to agree, health life is the best energy of all.

MONKEY - Another zodiac may has a so so year. Even though Boar isn't Monkey's opposite zodiac but do affect by it's negative energy, a year fills with quarrel, easy verbally fight with other, even you are Mr. Nice Guy do lose control into arguing. This would happens in February/May/August/November (January/April/July/October in Lunar). This can be happens among family, and be aware elderly family member's health. Be think twice when spending money, for those autumn and winter born, your energy just going down from now till 2022. Silence is golden, learn the true behind.

ROOSTER - It should be a very stable and ordinary year to you, don't expect any surprise. Keep yourself low key rather than too show off in ability nor personals. If you're single, look out in June and December (May and November in Lunar), your romance relationship energy will going high at those two months. Ordinary days could be the best days in life.

DOG - Hmm...the negative energy from last year won't be gone so soon, it still linger on till June/July (May/June in Lunar), then with positive energy helping, your relationship and performance at work will turning better. Be patient until June and you're on the road again. One more advice, if you feeling sick, don't hesitate, go see doctor even might be nothing. Those who stand still in dark night, sure can see the dawn comes.

Are you happy or worry about what you found out about your fortune prediction in the year of Boar? Always remind yourself, all these are only references, your own fate is still in your both hands, that's where the positive energy from.