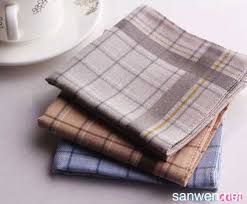 Traditionally, Chinese celebrate the lunar new year for a total of seven days, the final day called the “Birthday of Humans.” But even after a week of partying, people continue to visit friends and wish everyone they know good luck for the coming year. The culmination is the Lantern Festival which occurs on the first full moon after the new year.

When visiting relatives or friends during this time, gifts are brought along that signify hopeful meanings. Tangerines mean gold; new year cake supports moving to a higher career position.

Of course, there are some gift items to be avoided. Books, for example. The word book is pronounced the same as lose in Cantonese. Shoes sound the same as sigh. Cooking pot and wok means getting into big trouble. A beautiful wall clock sounds like going to a funeral -- this is also a big taboo as a birthday gift.

Among gift no-nos are two which can bring strong negative energies. I actually experienced this as did some of my friends.

Japan is one of my favorite countries to visit on vacation. I love shopping there and usually I bring back gifts for friends. One of my favorites is designer handkerchief because of the beautiful patterns. I bought a few for my co-workers back in Hong Kong. Giving the handkerchief to my account director whom I worked very closely, she expressed surprise and asked whether I knew that giving a handkerchief as a gift means goodbye? Of course, I did not.

By the end of that year I left my team and the agency. Was it just a coincidence?

A number of years later, now working in a San Francisco agency, one of my designers went back to Asia for vacation. She stopped by Japan on her return where she bought me a beautiful handkerchief as a gift. She was not aware of the superstition about handkerchief. But, six months later her family had an emergency and she had to move home to Asia.

Clearly, at least in my experience, giving a handkerchief as a gift means goodbye. No matter if the reason for parting is good or bad. My suggestion is to think twice about it. Unless, of course, you want someone to disappear from your life. Really, some people pay a lot of money to make that happen.

What about the other gift that sent people out of my life? Actually, it is much worse. Until next time.
at April 22, 2019