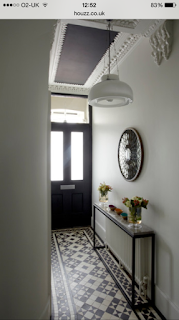 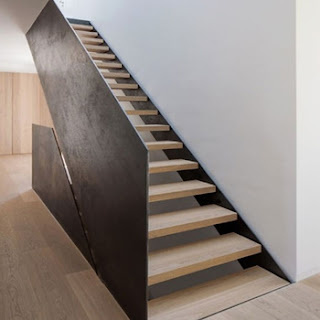 Researchers tell us that memory recall begins in a child’s third year. Any memories prior are rare and even those early ones are more a series of random images. As with most things, it depends on the individual person.

My early childhood recollections are being with my nanny. Sorry Mom. My very first remembrance is of me out on the street holding a clear plastic bag with a goldfish in it. I might’ve been three, but any memories before or after this snapshot image are forgotten. Later on, approaching the age of four, I remember being in my nanny's home. Those memories are deeply embedded in my mind. It was also around this time that I first encountered strange energies.

In one of my earlier blog posts, I told about a particular experience in a house that was laid out with a dumbbell-shaped floor plan, an oddity for sure. What exactly is a dumbbell-shaped floor plan? A house or apartment unit with two large rooms at either end connected by a long narrow corridor. The front door is often in the corridor, so the entrance is situated in the middle of the layout.

There were usually two bedrooms at one end and a kitchen and bathroom at the other. This meant a middle of the night trip to the bathroom required a long walk through the dark corridor. For me, it felt like I was walking into another world. I was always a bit anxious because if anything were to happen who could hear my isolated cries for help at the other end of the corridor?

Where I lived as a child, I could always hear the wind howling at the other end of the corridor. It was really unsettling. I worried that it was where the negative energies were hiding out.

The experience from my previous blog post was about how one night I woke up to see heads hanging from the window pane. That was not the only time I had an experience with a dumbbell-shaped floor plan where I was scared to bits. The next happened in a business space.

The advertising agency where I worked in the 1980s had three floors of office space. I was on the middle floor in the creative department, which shared the floor with account servicing. Because of where the entrance was situated, to get to creative meant entering through account servicing, walking through the narrow corridor and then into my department. I'm not claustrophobic, but there being only one way in and one way out, I could feel a little trapped.

One Saturday evening I was out at the movies.  Afterwards I figured I would stop by the office to take care of something. The sky was cloudy, it was almost 6 o’clock and I wouldn’t have been surprised it someone was working -- even though it was Saturday evening.

The floor was dark except for ambient light coming in through the windows. No one was in account servicing, so I kept on going into the corridor towards the creative side. Still in the corridor I heard a phone rang up ahead. I went straight to my work space, the phone still ringing. Then I heard a man’s voice – very low – answer the phone, “Hello.”

No lights were on in my department either. Who was in back working in the dark? After the phone greeting, I didn't hear another word. Of course, I was curious. I started walking around the department to find out who else was there with me on a Saturday night. There was a ringing phone and a quiet man’s voice. Yet, as I discovered, on the entire floor the only living being was me. All of the sudden I felt a freezing cold chill run from the top of my head all the way down my back. Spooked, I got out of the office as fast as I my feet could move me.

I never found out what was going on in my office that night. But, as people of my parents' generation would always say, a space with a dumbbell-shaped floor plan is a bad choice for property hunting – whether residential or business. Darker energies tend to gather at one end.