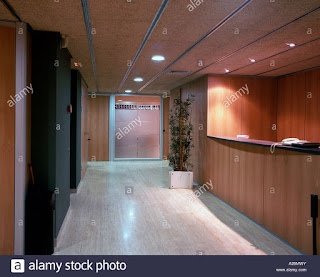 Whether a living or business space, we now know it’s best to avoid a dumbbell-shaped floor plan. The most important thing is to open up your heart and mind and try to feel what energy comes to you.

What else should we be paying attention to when it comes to interior spaces?

Many houses are built with two stories; the kitchen, living and dining rooms on the ground floor, then bedrooms and bathroom on the second.

·      It’s important to make sure the staircase is not exactly facing the front door. The belief is that it could bring a lot of accidents to family. And it could be difficult to hold onto money.

·      If three doors are facing each other at the end of a corridor it forms a triangulated energy. Family members may find themselves in a lot of disagreement and arguments

·      No major column should be standing in the middle of a house or business space. This could bring sickness to a family. In an office it could mean losing business.

I have a friend who was looking for a condo as an investment property. He found one the one he really liked. It was quite spacious, and it also had a nice sized attic. Close to purchasing it, he was advised to go check it out one last time – to walk around by himself, tune in to his feelings and invite the energy in the house to connect with him.

Everything felt the same as the first time he visited, but then he walked into the attic. Alone. There he felt something different. At first, he wasn’t sure what was different, but then he realized there was a scent in the room. He looked around and discovered two wall closets off to one side that he hadn’t seen before. The scent was coming from inside.

He pulled open the closet door. There he discovered an incense stick in a holder set up in front of a black and white photo of a woman. He was shocked at what he saw, shut the closet door and walked out of the attic. He didn't buy the property.

He was surprised that he overlooked the closets during his first visit to the condo. And, why would the owner keep a shrine to a woman in a closet if he was selling the property? Like he was advised, it’s important to open yourself up to the energies around you. Welcome them and you, yourself, can be actually be your own Feng Shui master.

Choosing a good Feng Shui house can bring a lot of positive energies including confidence and good health. Unfortunately, with a bad Feng Shui house things may go in the opposite direction.

Even as an employee, bad energies can have an effect on you. 30 years ago, I accepted a two-month contract at an ad agency where my two friends worked -- Shirley and Rita. Their bosses had a new project and they urgently needed additional help on the creative side.

It was a small company located on the sixth floor in a commercial building set on the corner of the block. There were only six to seven employees including the owners Don and Russ. They often worked from home, so the office atmosphere was pretty quiet. This gave me, Shirley and Rita time to chitchat.

One day we were chatting away when the topic turned to superstitions. Shirley told me about what had happened to her in the office right where we were sitting. Because the number of staff was minimal, Shirley took on a lot of different responsibilities. She was always in the office early and always the first to open the door. At certain times she would sit at the front desk and take on the role of receptionist/secretary.

The front door was glass and when sitting at the reception desk she could see who was getting off the elevator. The lighting was dim, but she would often see shadows floating in the hallway through the glass door. This was such a regular occurrence, at one point she thought the shadows might be floaters that often occur in one’s vision.

One morning, alone in the office, Shirley went to the pantry to clean up and make the morning coffee. Passing by the conference room, from the corner of her eye, she caught a glimpse of Mike, a tall British account exec. His back was facing her as he looked out the window. She was surprised that he was in the office so early.

After making coffee, she returned to the conference room to say good morning, but no one was there. So she walked down the hall to Mike's office -- also empty. At that very moment she saw Mike coming through the office front doors waving good morning. She was shocked and asked if he was coming in for the first time that morning. He said yes and she realized that he was wearing a suit. The Mike she had seen in the conference room a few minutes earlier had been wearing a white shirt, not a suit. Who was that Mike?

This, however, was not the only nor the last odd incident she had in this office ...